Posted by Alan Raistrick in January, 2016

Novelist William Gibson said that “the future is already here — it’s just not very evenly distributed.” While a world plugged into virtual reality may seem far off to some, the Toronto Spotlight VR seminar demonstrated that meaningful VR technology is so close you can almost touch it, if you know where to look.

Kiosk went along to the event to hear from leading lights in the community and to get first hand demos of the latest technology in the form of Oculus Rift and Samsung Gear VR.

The event was presented by FITC, an organization that provides inspirational and educational events for the design and technology community internationally, and brought together an exciting mix of creatives and technologists to explore the implications of VR in storytelling, on mobile and beyond.

Notable presenters included Tom Emrich, founder of We Are Wearables and leading light of the Toronto VR community, who provided a broad overview of the state of VR today and in the near future — well worth catching up on, and available to view on FITC’s YouTube channel.

For those interested in the different ways we might be able to interact with virtual reality using different platforms and technologies, Toronto-based interactive designer and developer Stephan Tanguay presented on VR input and user experience solutions. His presentation is also available from FITC on YouTube.

As with any new and in-demand technology, there are potential pitfalls when it comes to taking things out of the lab and putting them into the hands of the public. Ben Unsworth of Globacore focused on the use of VR as you may encounter it in the world of marketing and museums, via interactive exhibits and presentations. His talk on using VR in events is a good primer for anyone considering integrating VR into a non-virtual event space.

As for those of us interested in VR as a storytelling medium, Stefan Grabert of Toronto/Los Angeles-based content studio Secret Location was willing to share a few secrets learned in the development of a VR experience to promote the FOX series Sleepy Hollow. The experience was awarded the first ever Emmy for a VR project. Creative considerations in play include audience acclimatization to the VR format, and a need to draw attention towards primary focal points in non-heavy handed way. But rather than spoil Stefan’s talk, you can check it out for yourself here.

It was great to experience this new technology first hand and hear from so many experts. The VR community in Toronto is very strong and there’s an inspiring mix of technology and creative. It’s exciting to see how much of the “future” is accessible today in Toronto. 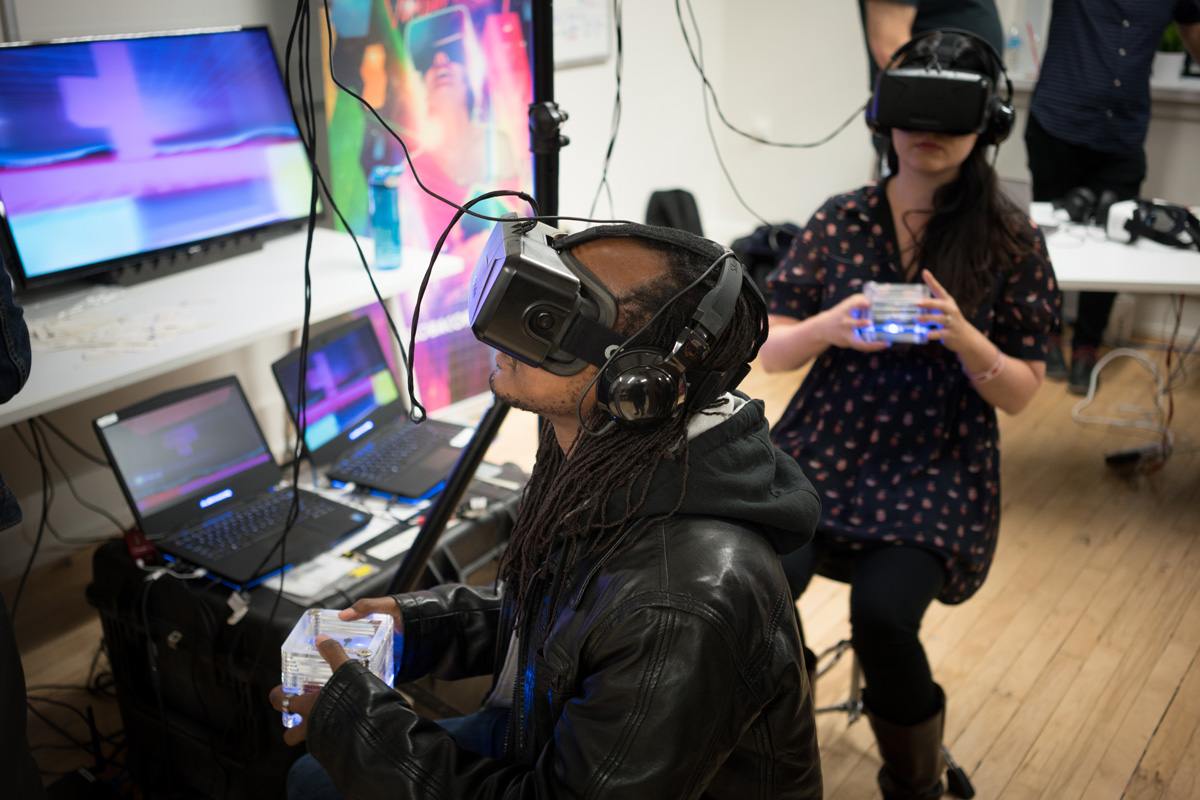