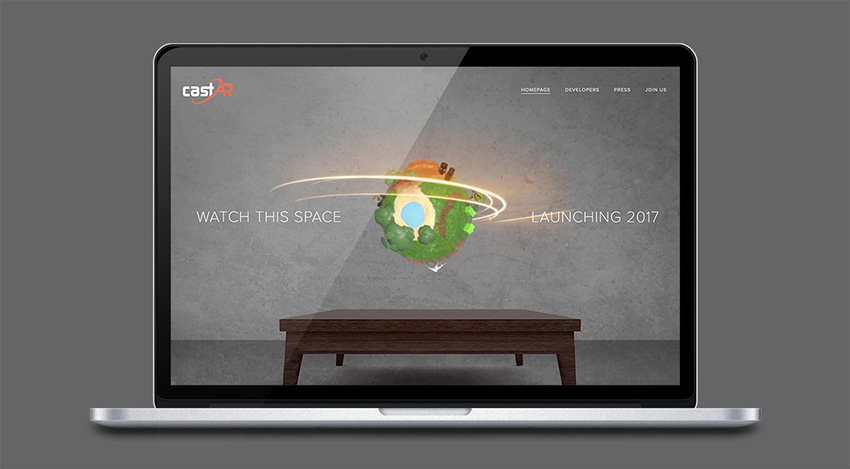 2017 is shaping up to be the year when multiple visions of reality go mainstream. Google and Samsung are duking it out with rival mobile VR platforms, GearVR and Daydream. Oculus and Vive are going headset-to-headset in the computer-based VR arena. As for augmented reality — technology that merges real and virtual worlds — some would say it went explosively mainstream in 2016 in the form of Pokemon GO.

We’re seeing new AR applications from sources as unexpected as the White House, in the form of their dollar-bill transforming 1600 app. Still, gamers are anticipating augmented-reality technologies that go far beyond what’s possible on the mobile screen. It’s that sense of anticipation Kiosk was excited to capture in our newest collaboration with CastAR, who’s new homepage we designed and developed.

CastAR is a 3D augmented-reality platform that’s set to do for the world in front of you what companies like Oculus have done within a headset’s field of vision. For those in the AR/VR know, CastAR has been causing excitement for some time. As wearable.com reports, CastAR can transform a tabletop into a digital entertainment playground.

It’s an experience that their new, Kiosk-developed homepage dramatically teases, with a rotating virtual globe appearing to give new meaning to the phrase “table-top gaming”.

As for what CastAR will show us in 2017? That’s under wraps, but like many other AR and VR aficionados, we’ll be following the advice on their homepage, and watching that space to find out.

Looking for more dynamic digital presence? Give Kiosk a call.